Are you interested in bail bonds jobs or bail bondsman jobs? Bail bonds careers will require that you read carefully through the standards of the state in which you plan to practice. We have compiled some helpful information for you here.

Jobs for bail bondsmen share parallels with jobs in financial services such as insurance producers and loan managers. The differentiating factor is that bail bondsmen offer loans, or bonds, specifically to criminal defendants. The majority of work among bail bonds careers involves providing bonds for clients in exchange for a set percentage of the amount of bail. The portion can usually be up to twenty percent of the amount of loan. In most states, a form of surety is required to ensure that the defendant actually shows up in court and what is repaid is the bond. This takes shape as collateral in terms of real estate; or you might have a co-signer guaranteeing repayment.

The majority of institutions that are financially oriented are not likely to provide loans to such high risk groups as criminal defendants. The profession of Bail bondsmen serves this purpose by being up for the challenge. Here’s their rationale: First, fees related to providing bonds are normally high enough to allow a bail company to make up the loss of forfeited bonds (assuming there are not too many). Secondly, the majority of bail bondsmen implement agents for bail recovery, called bounty hunters, to seek out, catch, and bring back fugitives for appearances in court.

In some areas, bail bondsmen are not even required to pay in full the amount of bail. Within Texas, if a defendant runs, the bail company through which the defendant was bonded is only mandated to pay the percentage of 5% of bail. 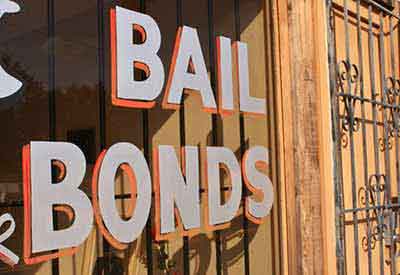 The industry has expanded due to certain reasons. Judges have raised bail amounts for the purpose of limiting release of defendants (before trial) who seem to be a serious threat to the safety of the public. A result has been the rising of fees for bail for most issued bonds without adding substantial risk for the bail bondsmen.

The industry for bail bonds has experienced some criticism from a few sectors. Many have pointed out the high fees affiliated with bonds; and critics feel that most defendants with lower socioeconomic backgrounds are not in a position to pay these fees. The response has been vocal through stating that without the services they offer, defendants would spend too much unnecessary time in jail, exacerbating conditions of detention facilities that are overcrowded and worsening costs to taxpayers.

The more common use of deposit bail proves an additional challenge for the profession of bail bondsmen. This bail includes a “bail percentage” paid to the courts directly for release before trial. If the person accused misses their date in court, then he or she is often mandated to pay the bail amount “remaining balance.” In a sense, the bail for deposit is basically the local government’s way of offering competition to bail companies.