Utah is known as “the Beehive state” for its industrious and thrifty people. This symbol of group prosperity holds true considering Utah has the lowest level of income inequality in the country. Utah also has a diverse climate, with arid deserts and plains throughout most of the state but tall mountain ranges dotted by ski resorts to the east of Salt Lake City.

Even though Utah is full of many pious, peace-loving residents, it still has its fair share of crime. In total, 87,615 crimes were recorded in 2014 by the Utah Department of Public Safety. 49,562 of these occurred in Salt Lake County. Many of these criminals tend to miss their trial dates and skip bail, meaning that a bounty hunter has to go and bring them in to ensure that justice is served.

Bounty hunting in Utah is controlled by a significant amount of regulation. Only those working in the bail bond industry can work as bounty hunters, known as “bail recovery agents” in Utah. These individuals must have 1,000 hours or more of relevant experience to be fully licensed, but they can also become “bail recovery apprentices” as an entry-level version of the job with lower requirements.

To be a bail recovery agent or apprentice in Utah, you must meet the following requirements:

In order to qualify as a bail recovery agent or apprentice, the applicant must NOT have convictions for:

All applicants should also remain in good standing with their jurisdiction to qualify for license renewal. 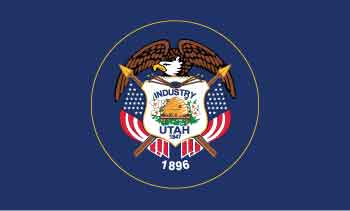 Utah does not require a degree to become a bounty hunter, but an educational background in criminal justice can help. Completion of a bachelor’s degree or associate’s in criminal justice can also make completing the 16-hour training course easier for applicants. Bounty hunters may also wish to pursue a degree in psychology, sociology, or forensic science to further their career opportunities.

Job Duties of a Bounty Hunter in Utah

Bail bond companies have to abide by strict regulations to petition to recover someone who has skipped bail and missed their trial date. These obligations are outlined in Utah Code Title 77 Section 20b.

Similar careers to bail recovery agents in Utah include bail enforcement agents and private investigators. Process servers also have similar job duties. Others in the bail bond industry may go on to become peace officers or security officers.

There are no official job numbers for bail recovery agents or apprentices in Utah. There are currently 38 registered, licensed bail bonding agencies with the authority to hire and supervise bail recovery agents. There are only 80 private investigators reported in Utah, a similar occupation, according to the Bureau of Labor Statistics 2015 data. There are also 5,660 security guards and 1,110 individuals in the “financial specialists, all other” category, which includes bail bonding agents.

No salaries are listed for bail recovery agents in Utah. Those listed in the “financial specialists, all other categories,” which includes bail bond agents, have a median annual income of $62,4209. Private detectives, a similar occupation, make a median salary of $52,330 a year.