Did you know that Alabama was the state where Mardi Gras was first introduced to the West? Workers here also built the rocket that first landed people on the moon. Alabama is the largest supplier of steel pipe and cast-iron products in the nation, as well as the home of notable people like Boxer Joe Louis and pro ballplayer Willie Mays. People in Alabama know what it is to take the lead and to work hard. That’s why they don’t like people such as criminals who try to take the easy way out. Professional bounty hunters who track down criminals on the run from the law in Alabama are called professional bondsmen. If you’re a resident of Alabama and would like to become a bounty hunter, here’s everything you need to know.

Meeting the requirements to become a professional bondsman in Alabama requires the following eligibility minimums: 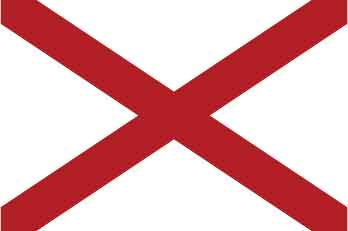 Many bounty hunters choose to become licensed private investigators, a course of education which covers almost everything you need to know to become a bounty hunter. Also, degrees in criminal justice, psychology, and sociology can provide important additional knowledge that will make you a better professional bondsman in Alabama.

Alabama is a geographically diverse state, with landscapes ranging from beaches to mountains and forests, and bounty hunters can be found tracking down fugitives all across the state. The largest, most principal cities where bounty hunters can be found throughout the state include state capital Montgomery, the state’s largest city of Birmingham, and the cities of Mobile, Huntsville, and Tuscaloosa.

Bounty hunters are hired by bail bonds companies to track down fugitives in exchange for a fee. These fugitives are generally those who have been released from incarceration on bond but have failed to abide by the terms of their release. In exchange for returning these fugitives to custody, they are paid a fee negotiated by the bail company. They are required to work within the bounds of the law, but serve as independent legal agents with arrest powers.

Private investigators are closely related to bounty hunters, and the two professions share many of the same skills. Likewise, bail bondsmen work closely with bounty hunters and are a related career. Finally, process servers who serve notice regarding court actions share skills with professional bondsmen.

Job outlook and salary information for bounty hunters aren’t kept, but judging by similar careers, the salary outlook is strong, with jobs expected to increase by around 13% over the next ten years.

Bounty hunters in Alabama, according to the US Bureau of Labor Statistics, earn an average salary of between $52,840 and $77,110 per year.