Arizona is a state built on a strong sense of independence. A right to work state, nobody in Arizona can be denied employment because they’re not in a labor union. The state leads the nation in the production of copper and has been a member of the Union since 1912. It’s also the home of the famous Gunfight at the O.K. Corral, which led to a range war that sharply divided the region in the late 1800s. Arizona is a place that takes its law and order seriously, and bounty hunters, or bail recovery agents, in this state act to bring in those on the run from justice. 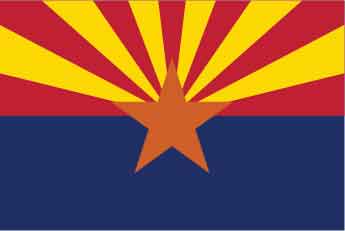 Arizona is a populous state, and bounty hunters are not unknown in the largest cities, including state capital Phoenix, eco-tourism center Tucson, the high-tech haven of Chandler, and Glendale, the hosting city of Super Bowl XLIX.

Bounty hunters in Arizona hunt down fugitives from justice on behalf of the bail bondsmen who arranged for the accused to be released from prison. They are required to abide by the law, and in Arizona, this means some very strict provisions. The bond retrieval agent cannot enter private residences without the owner’s consent, they cannot tender an arrest without a bail bondsman’s written authorization, they may not wear any markings, clothing, emblems or badges that mark them as agents of the state or officers of the law, they cannot identify themselves as anything but a bail recovery agent, nor can they conduct their duties if they have a felony conviction involving a deadly weapon.

The most closely related career to a bail recovery agent is a bail bondsman, and some recovery agents begin their career in this capacity. Other careers related to bounty hunting include law enforcement, private investigation, and process servers.

Because the BLS (Bureau of Labor Statistics) does not track employment data for bounty hunters, listing estimated figures requires looking at the most closely-related occupation, that of the private investigator. Job openings are expected to increase by almost 25% within the next five years, making this a great place to get a job as a bounty hunter.

As with employment numbers, the BLS doesn’t provide bounty hunter salary data, which is based on earnings by private detectives in the state. In Arizona, as of 2014 people in this field earned on average just over $51,000 per year. The earnings increase slightly in the Phoenix metro area, where the average salary is around $53,000 per year.