Arkansas is a state that’s built on pioneer spirit. In fact, Mountain View is known as the Folk Capital of America and takes great pride in its preservation of the way people lived hundreds of years ago when they first came West. It’s a beautiful country with hundreds of thousands of acres of streams, rivers, and lakes. Since becoming a member of the United States in 1836, this state has straddled the line between its proud history and traditions, and modern progress. It’s both the home of Wal-Mart and the leading producer of archery bows in the country. When fugitives from the law are on the loose in Arkansas, licensed bondsmen track them down and return them to justice. Here’s what it takes to become a licensed bondsman in Arkansas. 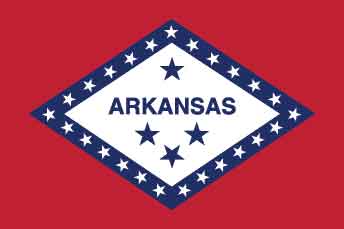 Those wishing to become licensed bondsmen in Arkansas often pursue bachelor’s or associate’s degrees in other fields to supplement their training. These degrees include (among others) economics, finance, sociology, criminology, psychology, and criminal justice.

Licensed bondsmen track down bail jumpers and return them to justice. To perform these duties, a bondsman must be trained in search and seizure, must always inform local law enforcement agents of their activities and information about the fugitive you’re chasing. Finally, you must have a certified copy of the bond, and the fugitive must be delivered to officials in the county of the original offense.

Employment numbers in Arkansas for licensed bondsmen are not tracked by the U.S. Bureau of Labor Statistics. Judging numbers off of Private Investigators, a similar profession, it is estimated that jobs in this field will grow by about 5% over the next seven years.

Again, basing the estimates off of the average salaries for private investigators we find an average salary across the state of just over $50,000 per year, while in the Fayetteville metro area, the salary on average hovers at nearly $57,000 annually.