California may be the most glamorous state in the entire country. It’s the entertainment capital of the world and holds the single largest economy in the union. For decades, it’s been the heart of stories of hard-boiled pulp detectives hunting down fugitives, as well as the location of some of the most infamous real-life Hollywood murder cases in history. Law enforcement agents in this state have been heroes and villains, but they work doggedly to make sure that fugitives from justice are brought in. Specially trained bounty hunters across the state pursue those who have skipped bail and return them to the courts for their crimes. Here’s everything you need to know about becoming a bounty hunter in California.

Bounty hunters in California need to undergo very specific training and licensing practices. It’s not an easy path to walk, but it can be very rewarding as you’re helping to keep dangerous people off the streets, and getting paid to do it. Bounty hunters in this state are licensed by the California Department of Insurance, and the laws and regulations outlining their responsibilities, duties, and requirements are outlined in Penal Code 1299. 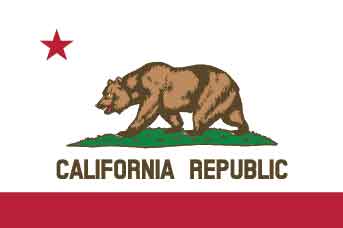 Many bounty hunters choose to pursue higher education in a field that will enhance their skills and ability to perform their duties. These can include criminal justice, law, psychology, criminology, sociology, or political science.

California is a sprawling state with several large cities. By far the largest of these is Los Angeles, with other well-known cities being the state capital of Sacramento, the cities of San Diego and San Francisco, Bakersfield, and Fresno. All of these cities have seen the necessity for bounty hunters and would be good places to seek employment.

Bounty hunters have a basic duty to track down “skippers,” or those who have jumped bail for a crime and are on the run. Fugitive retrieval agents track down these criminals and return them to justice in the county where they were originally wanted. This requires operating within strict legal boundaries, however; bounty hunters may not identify as law enforcement or wear a uniform or gear that marks them as such. They cannot enter a private residence without permission from the owner. They also must carry documentation of their status as a bounty hunter at all times and failure to do so is a felony. Before making an arrest, a bounty hunter is required to notify local law enforcement at least 6 hours prior.

The most closely-related degrees to bounty hunters are private detectives, whose skill at investigation and detection closely mirror the duties of a bounty hunter, and process servers, who deal with court-related paperwork, issuing notices, filing and retrieving legal documents.

Though the BLS (U.S. Bureau of Labor Statistics) does not track data for bounty hunters, a close approximation of the employment outlook can be had by looking at private detectives, a field that is closely related and is tracked. California is the top employer in the nation for these men and women, and the field is expected to grow by a fifth over the next five years.

Using the same estimated figures, the average annual earnings across the state of California range around $58,000, but depending on the specific city can be as low as $31,500 or run as high as over $82,000.