The only state in history to turn down a chance to host the Olympics, Colorado certainly is a state that values independence and a spirit of individuality. It’s the home of the United States Air Force Academy and the original home of the cheeseburger (or, at least, where it was first trademarked!) Over 1/3 of the land in this “colored red” Centennial State is owned by the federal government and boasts well over 20,000 acres of city and national parks. With that much land, some fugitives think they can hide out and never be caught, but that won’t be the case if the state’s dedicated bail recovery agents—bounty hunters—have anything to say about it. Follow in the footsteps of famed bounty hunter Duane Chapman (Dog the Bounty Hunter) who got his start here, by learning the steps to take to get licensed as a bail recovery agent in Colorado.

Becoming a bounty hunter, or more properly, a bail recovery agent, one must meet a specific set of requirements. These ensure that the applicant is knowledgeable and skilled in the theory and applications of state legal requirements, and the methods to safely engage in the capture of fugitives and skip tracing bail jumpers. Obtaining a license in this state is done under the administration of the Insurance Division of DORA (the Department of Regulatory Agencies). 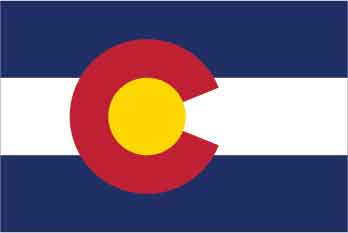 As a mountain state with beautiful vistas, Colorado also has several major cities where bounty hunters can commonly be found. These include the state capital of Denver, Colorado Springs (the most populous city in El Paso County), Aurora (which is often considered a suburb but is more than half as large as Denver), and Fort Collins (home of Colorado State University).

In their duties as recovery agents, Colorado bounty hunters seek out those who have skipped or jumped bail and failed to appear at court hearings. The bail bondsmen contract with the retrieval agent to bring these fugitives back to justice, in exchange for a fee. However, bail bondsmen must always act within the law. Bondsmen are forbidden to contract with an agent that has a felony background, has not completed a background check, or has not submitted the requisite fingerprints to facilitate the process.

Careers related to bounty hunting include private investigators, law enforcement officers, and court process servers. Many bounty hunters moonlight in one or more of these positions to supplement their income.

Employment numbers for bounty hunters are usually estimated based on those for private investigators. This is because the BLS doesn’t track statistics for bail retrieval agents and private detectives have closely-related job duties. To this end, Colorado is projected to see an increase of jobs over the next seven years by roughly 30% over its 2012 numbers.

Again based on the earnings of private detectives, the average annual salary can be expected to range between $45,000 and $52,000, with an average of around $51,000 per year.