If there’s any doubt that Connecticut is a patriotic, all-American state, its nickname of “The Constitution State” should answer that. They are one of two states that never ratified the Prohibition (18th) Amendment, and they also host the oldest public library in the nation, the Scoville Memorial Library, whose collection dates all the way back to 1771, before the founding of the country. When someone jumps bail or flees from justice here, dedicated professional bondsmen, surety bond agents and bail enforcement agents—colloquially known as bounty hunters—track them down and bring them in to face justice. If this is a career that appeals to you, here’s an overview of what you need to know.

Bounty Hunters in Connecticut are properly referred to as bail enforcement agents, professional bondsmen or surety bond agents. To practice this trade requires obtaining licensure, training, background checks and a range of fairly strict requirements. However, for those who pass the rigorous qualifications, it’s a very rewarding career. The Department of Emergency Services and Public Protection administers licensing for Connecticut bail enforcement agents. 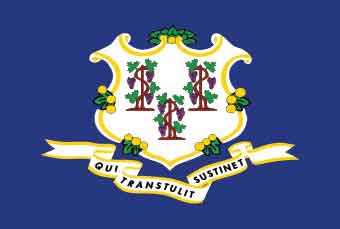 Other degrees sought by some bounty hunters include criminal justice, law enforcement, sociology and psychology.

Bounty Hunters track down those who have jumped bail and failed to report for scheduled court hearings. They capture and return these fugitives in return for a fee, but they must work in close conjunction with law enforcement and obey all relevant laws.

Employment numbers for bail agents aren’t tracked by the BLS, but private investigators, a similar field, are. According to these, there should be a 6.1% increase over the next five years from 2012 numbers.