Florida is one of the most fascinating states in the entire country. In 2014, it become the third most populous state in the nation, edging past New York. Saint Augustine, one of Florida’s most recognizable towns, is also the oldest European settlement in the entire continent of North America.

Florida has the longest coastline of any state in the U.S., stretching a whopping 1,350 miles. Because Florida is so large, it’s very easy for criminals to slip through the cracks, which is why many people in Florida consider a career as a bounty hunter.

However, in Florida, you are not legally allowed to market yourself as a “bounty hunter”. Instead, you must become a bail bond agent that is licensed by the state. Bail bond agents have the exact same responsibilities as bounty hunters, including apprehending criminals who have run out on their bail.

Becoming a Bounty Hunter in Florida 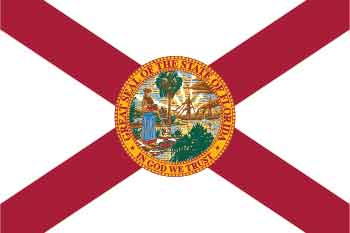 Each license level also requires that you submit three notarized letters attesting to your character and a photograph ID. Anyone pursuing a Professional license also needs to submit a financial statement form and a bail bond rate plan.

Your Temporary license will last 18 months. To maintain Limited and Professional licenses, you will need to complete 14 hours of continuing education every two years.

Careers Related to Being a Bond Agent

There are many career opportunities in Florida that are similar to those of a bond agent. The most common is a private investigator or a private detective. Another similar career is a process server. Basically, any area related to law enforcement is valuable to a career as a bond agent.

There is no specific degree related to being a Florida bond agent. However, continuing education is marketable for any career. To become a more effective bond agent, you might study criminal justice, human psychology and law enforcement techniques.

Duties of a Bond Agent

The primary duty of a bond agent in Florida is to find and apprehend criminals who have skipped out on bail. Florida bond agents are entitled to arrest bail skippers and are then able to return them to the proper authorities.

Florida is home to some of the most popular cities in the country. Orlando, for example, features several theme parks that receive thousands of visitors every year. The Miami area is distinguished as the only city that features two National Parks making it a great vacation destination.

Unfortunately, the Bureau of Labor Statistics does not release information on how many people are employed as bounty hunters or bond agents. However, despite this fact, employment opportunities for bond agents in Florida are on the rise. It is estimated that the career will grow by 12% from now to the year 2022. This will translate to 90 jobs per annum.

Although not as competitive as other states, bond agents in Florida can earn a fairly impressive salary. The average salary for a Florida bond agent in 2014 was $43,170.