Hawaii is known for being one of the most beautiful states in the United States. With countless beaches and resorts, Hawaii is an ideal place to live and work. One increasingly popular career for residents in Hawaii is bounty hunting. Although the state only has 1.4 million people, it doesn’t mean it’s short on crime, and working as a Hawaiian bounty hunter can be a very lucrative and rewarding career choice.

Starting Your Career as a Bounty Hunter in Hawaii

Despite recent efforts to change the law, Hawaii does not currently have any requirements to becoming a bounty hunter. There are no specific licenses that you must pursue and no regulations that you have to comply with to work as a bounty hunter in Hawaii. In fact, the only absolute requirement is that you are over 18.

However, if you’re looking to add legitimacy to your bounty hunting career, you could choose to open a bail band agency or to seek a license as a private investigator.

Steps You Should Follow to Become a Hawaii Bounty Hunter 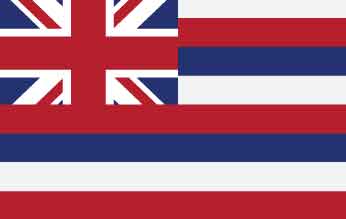 Working as a Bounty Hunter

While working as a bounty hunter Hawaii, you will pursue criminals who have disappeared while being released on bail. You will do investigative work to find these criminals, apprehend them and then return them to the jurisdiction where they were arrested.

Hawaii does not have educational or degree requirements to work as a bounty hunter, but this doesn’t mean that you can’t pursue education for yourself. Many prospective Hawaii bounty hunters choose to first earn a degree in criminology. You could also study areas that might support your bounty hunting career, such as investigation techniques and law enforcement.

Opportunities for bounty hunting are limited in Hawaii, which is why many people consider similar careers. If you’re interested in a career that is closely related to bounty hunting, you could work as a private investigator. However, Hawaii does have licensing requirements for becoming an investigator. You could also work as a process server or find employment in other areas of law enforcement.

The Island of Oahu, where Honolulu is located, is the most popular place to visit in Hawaii. It features the only royal palace in America and features many exciting resorts. For popular attractions, on the other hand, you might visit the Island of Maui, which features sites like the Haleakala Crater.

Competition for bounty hunting jobs is expected to be very competitive in the near future. Job access is projected to remain at its current level through 2022. However, actual employment information is hard to come by as the Bureau of Labor Statistics does not track data for those in the field of bounty hunting.