Home to bluegrass, the Mammoth Cave system, bourbon, world-class horse racing, and an extensive network of rivers, Kentucky has a diverse geography and an even more diverse culture. Kentucky is also home to some pretty big cities, and those cities have some alarmingly high crime rates. In fact, Louisville led the U.S. in murder throughout much of 2015.

Despite these high crime rates, there are no bounty hunters in Kentucky because there is no legal commercial bail bond industry. Both were made illegal in 1976. However, private investigators offer a similar but more highly skilled profession, so learning how to become a private investigator in Kentucky can be more worth your time if you want to be a part of the criminal justice system in the bluegrass state. 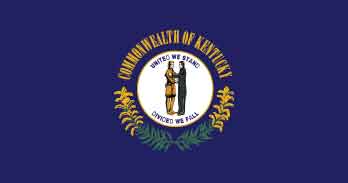 Bounty hunters may not legally operate in Kentucky, and neither can bail bondsmen. In 1976, the passing of Kentucky Revised Statutes 431.510 into law forbade the act of providing commercial bail bonds. KRS 431.510 also states that only a peace officer like the police may arrest fugitives. Out-of-state bounty hunters must obtain a warrant before attempting to apprehend individuals within the state of Kentucky.

Degrees that would be beneficial to industries similar to bounty hunting in Kentucky would include criminal justice, criminal psychology, sociology, and forensics. A two-year associate’s degree or a four-year bachelor’s degree can make you eligible for certain positions in the private sector as well as for a role as a peace officer.

Kentucky’s biggest city is Louisville, with 612,780 residents. Lexington is the second-biggest city with 310,797 people, while Bowling Green is the third-most-populous with 62,479 people.

Since bounty hunting is illegal in Kentucky, you may wish to consider pursuing a career as a Kentucky private investigator jobs, process server, police officer, security guard or corrections officer. All have similar roles and responsibilities within the criminal justice system.

While bounty hunting may be illegal in Kentucky, there are 10,820 security guards employed in Kentucky and 6,930 patrol officers, according to the Bureau of Labor Statistics. There are also 6,600 correctional officers and 170 private investigators in Kentucky.

There are no figures for bounty hunter salaries in Kentucky, but private investigators, a similar occupation have a median income of $49,070 according to the Bureau of Labor Statistics.