Massachusetts is the home state of four U.S. presidents, including John and John Quincy Adams, JFK, and George H.W. Bush. It’s the home of the first co-ed educational institution in the nation and the oldest church building in continuous use. Like every other state, however, it has its residents who care nothing for the law, and when these fugitives try to escape justice, bounty hunters track them down. If you’re interested in becoming a bounty hunter in this great state, here’s everything you need to know.

In Massachusetts, bounty hunters fall under the umbrella of professional bondsmen. There are no specific state laws regulating bounty hunter activities specifically, and it is one of the easier states in which to pursue this career. This is one of eight states that permit the practice of bounty hunting without licensure requirements. 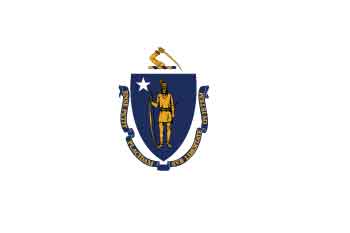 There are several large (and well-known) cities in Massachusetts where bounty hunters can be found. These include the state capital of Boston, Salem, Plymouth, Worcester, Waltham, and Lowell.

Bounty hunters seek out and return fugitives who have skipped bail and failed to appear in court on their scheduled date. They work in close proximity with law enforcement and must obey all applicable laws. They cannot enter private residences without permission and are required to request assistance from local law enforcement before pursuing an arrest.

The most similar career to a bounty hunter is the private detective, whose job carries a similar investigative and justice-oriented skill set. Process servers who deal with court documents and notices are also closely-related, as are licensed bail bondsmen.

The BLS doesn’t track numbers for bounty hunters; however, bounty hunting has recently come under scrutiny in Massachusetts, with courts lowering bail numbers to reduce the need for bail bondsmen. Even still, over the next five years, it’s expected that the field will increase by about 3.5%, based on the numbers for private investigators.

On average, again, based on numbers for private investigators, a bounty hunter in Massachusetts can expect to make around $46,000 to $48,000 per year.