Once considered the Great American Desert, Nebraska is now one of the great states in our Union. It was the provider of 40% of our ammunition in World War II, and was the place where Buffalo Bill held his very first rodeo and Wild West show. When fugitives from the law go on the run in Nebraska, they are doggedly pursued by bail enforcement agents known as bounty hunters. This page will give you an overview of what you need to know if you’d like to pursue a career in fugitive retrieval in Nebraska.

Bounty Hunters are not specifically regulated by any Nebraska statutes. Sureties, or insurers, however, are empowered to make arrests, and as bond retrieval agents, bounty hunters are contracted by sureties. The field is also quite competitive, so the more qualifications you rack up, the better employment you’ll find. 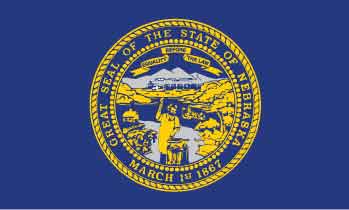 Many bounty hunters pursue related degrees to bolster their skills, in fields like criminology, criminal psychology, forensics, or criminal justice.

Bounty hunters can be found in many major cities throughout Nebraska. These include the state capital of Lincoln, as well as Omaha, Grand Island, North Platte, Kearney, Fremont, and Hastings.

Job Duties of a Bounty Hunter in Nebraska

Bounty hunters engage in skip tracing, which means they track down people who jump bail and fail to appear in court on their scheduled date. They may also track down other fugitives to return them to justice and collect rewards or contracted fees for the service. These fugitive retrieval agents must work within the bounds of the law, obeying all search and seizure regulations and working closely with law enforcement to make arrests.

The two careers that are most commonly thought of as related to bounty hunting are private investigators, which ply similar skill sets, and process servers, who file, retrieve, and serve legal documents.

Employment outlook and figures for bounty hunters aren’t maintained by the U.S. Bureau of Labor Statistics. However, statistics are kept for private investigators, and the fields are close enough to provide a generally reliable picture. As of 2015, 400 people operated in this field throughout Nebraska, with the field expected to grow as much as 10% by 2022.

Based on the same BLS figures, bounty hunters should be able to make on average $64,800, well above the national average for the occupation.