Did you know that New Jersey has the highest density of population anywhere in the United States, as well as the highest percentage of people (90%) living in urban areas? In fact, every county in the state is also a metro area. With that many people living in close proximity, fugitives from justice often think they can blend in and vanish. That’s why it’s so important to have bounty hunters—men and women who return those on the run to justice. Here’s everything you need to know about becoming a bounty hunter in the Garden State.

In New Jersey, bounty hunters fall under the auspices of the State Police. This means they operate under strict oversight to protect the public interest and ensure the most effective procedures. It requires good moral character, training and licensure. 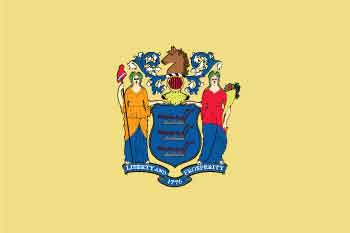 Degrees related to bounty hunters include law enforcement, forensics, criminal justice, sociology, criminal psychology, law and government and anything that can enhance your understanding of the law and law enforcement techniques.

Major cities in New Jersey include Trenton, Hoboken, Atlantic City, Newark and Jersey City. Bounty hunters can be found in almost every city.

Job Duties of a Bounty Hunter in New Jersey

Duties performed by bounty hunters include bringing in fugitives who have skipped bail or recovering anyone on the run from the law in exchange for a posted reward or contracted fee. Many work for bail bonds companies, though some are freelance. They must work closely with state and local police and obey all laws regarding search, seizure, arrest and fugitive apprehension.

Careers that are closely related to bounty hunting include private investigators and court process servers.

Employment numbers for bounty hunters aren’t tracked by the federal government. However, those for private investigators are closely related. The field is expected to grow by 11.2% over the next five years.

Salary numbers based on those for private detectives show that bounty hunters can expect to make around $63,480 per year on average.