In many ways, New York has become synonymous with the United States, its namesake city carrying a proud heritage and history, the home of Broadway and Wall Street, of Times Square and glamour. It’s also, like many states, one that has a criminal element on the run from justice. When fugitives fail to appear in court, they are tracked down by bail enforcement agents, more commonly known as bounty hunters, and returned to justice. Here’s everything you need to know if this career appeals to you as a New York resident.

Bounty Hunters in New York are legally referred to as bail enforcement agents. Their activities are carefully overseen and regulated under the law and becoming licensed requires training, experience and solid moral character. 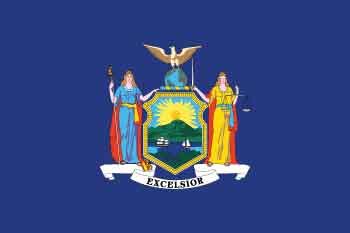 Major cities in New York include the state capital of Albany, New York City, Buffalo, Syracuse, and Rochester. Bounty hunters can be found in many large cities throughout the state.

Job Duties of a Bounty Hunter in New York

Bounty hunters may not wear, display or possess a badge while performing their work. Those who moonlight as a security guard or P.I. have strict requirements on the wearing of name tags. They must whenever they are working, inform local law enforcement officials in writing. Any time they need to enter a building, they must be accompanied by local law enforcement.

Employment figures are not kept for bounty hunters, but private investigators form a very close proxy. Jobs in the field are projected to increase by 14.4% over the next five years.

Salary figures are also based on those for private investigators, and indicates that a bounty hunter in New York can expect to earn between $37,000 and $65,000.