The birthplace of modern aviation, the Tar Heel State is also home to the oldest State University in the entire nation and the largest air base of the Marine Corps. Like every other state, there are those in North Carolina who have no respect for the law and who go on the run from justice. Such fugitives are hunted down and returned by bounty hunters. This page will show all you need to know to become a bounty hunter—or “runner”—in North Carolina.

Bounty Hunters in North Carolina are colloquially called “runners”. They are employed by bail bondsmen to ensure that defendants who skip out on bail are returned to face justice. This process is known as skip tracing. There are a number of strict requirements that must be met to become licensed as a runner. 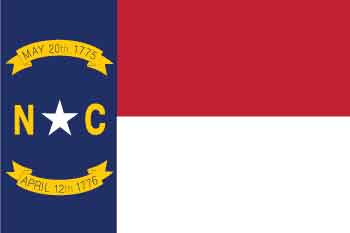 Degrees that enhance a runner’s skills include law and government, law enforcement, psychology, criminal justice, and sociology, among others.

North Carolina cities where runners can be found include Charlotte, the state capital of Raleigh, Asheville, Greensboro, Durham, and Wilmington.

Job Duties of a Bounty Hunter in North Carolina

Bounty hunters, or runners, assist bail bondsmen in presenting defendants in court on their required dates, and in skip tracing or hunting down fugitives who skip out on bail. They must work closely in conjunction with local law enforcement and obey all applicable laws.

Careers that supplement or have similar duties to runners include process servers, bail bondsmen, or private detectives.

Employment numbers for runners are not tracked by the BLS. However, private detectives have a very similar job and form an effective proxy. Judging by those numbers, the field should grow by 15% over the next half-decade.

Salary numbers must also be estimated using those from private detectives as a proxy. In general, runners can expect to make between $39,000 and $52,000 across the state.