North Dakota contains the area that is geographically the exact center of North America. It’s marked by a 15-foot-high rock obelisk, at each side of which flies both the U.S. and Canadian flags. It’s also a major port of entry into Canada, where over 72,000 vehicles cross every year. Many fugitives from justice think they can escape the law in this broad state, but the bounty hunters who track them down do their level best to make sure this doesn’t happen. Discover what it takes to become a bounty hunter in North Dakota.

In North Dakota, there are no specific laws regulating skip tracers, fugitive recovery agents or bounty hunters, though bail bondsmen are regulated by the Insurance Department’s Agent Licensing Division and have the authority to make arrests. As such, bounty hunters find it in their best interests to abide by these laws. 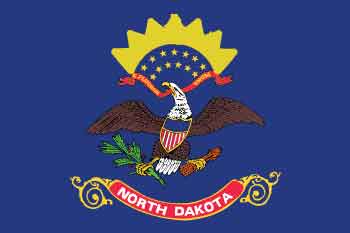 Major cities in North Dakota where bounty hunters can be found include Fargo, Bismarck, and Grand Forks, among others.

Job Duties of a Bounty Hunter in North Dakota

Bounty Hunters have to work very closely with local law enforcement and obey all applicable laws when performing skip tracing and pursuing fugitives. This means keeping abreast of all laws involving search and seizure.

Employment numbers aren’t tracked by the BLS for bounty hunters. However, using private investigators as a proxy gives a very close window. Recent figures from 2015 indicate that there were nearly 300 current jobs in the field across the state.