The Keystone State was instrumental in the founding of our nation. It’s the home of the Liberty Bell and Independence Hall. It’s also the home of the very first baseball stadium, automobile service station and is the chocolate capital of the nation. Like other states, PA has its share of crime, and when people go on the run from justice, they’re tracked down and brought in by bounty hunters. If this exciting career sounds right for you, read on to find out how to become a bounty hunter in Pennsylvania.

Bounty Hunters in Pennsylvania are not regulated by state law, though the state does allow the practice. In order to legally practice as a bounty hunter, you must be employed by a licensed professional bail bondsman and if you wish to carry weapons, must be firearms certified. 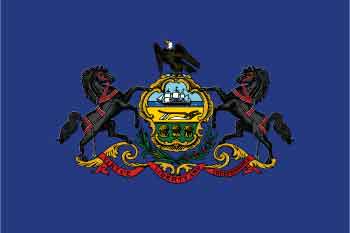 Many bounty hunters pursue degrees in areas like criminal justice to improve their skills and knowledge. Other related degrees include law and government, criminal psychology, sociology and forensics.

Major Pennsylvania cities where bounty hunters are often encountered include Philadelphia, Pittsburgh and the state capital of Harrisburg.

Job Duties of a Bounty Hunter in Pennsylvania

Bounty hunters are employed by licensed bail bondsmen to perform skip tracing to track down bail jumpers and return them to justice. As such, they have to work in close conjunction with local law enforcement. Bounty hunters should inform law enforcement when they are pursuing a fugitive, and must obey all relevant laws regarding fugitive apprehension.

Bounty hunters operate in a very similar capacity to private investigators, who have many of the same skills and perform closely-related job functions. Court process servers who deal with legal documents are also a related field.

Employment numbers for PA bounty hunters aren’t tracked by the US Bureau of Labor Statistics. However, the bureau does track numbers for private detectives and the fields are close enough to function as a solid proxy. It is expected that employment openings over the next five years will top 100 openings every year for a rate of 11% improvement.

Salary figures for private investigators, used in proxy for bounty hunters, are around $48,100 average annually.