Rhode Island may be the smallest state in the Union, but it’s one that values freedom and independence as well as law and order. It never ratified the 18th Amendment and was the first state to impose a jail sentence for speeding in an automobile. Occasionally, fugitives fail to appear in court and go on the run from justice. When this happens, bounty hunters track down these fugitives and return them to justice. Learn what it takes to pursue this exciting career in Rhode Island.

While there are no specific laws regulating bounty hunters in Rhode Island it is highly recommended that anyone seeking to pursue this career become a licensed professional bondsman or private investigator. If nothing else, this process will provide valuable training, credentials and knowledge of the bail enforcement process. 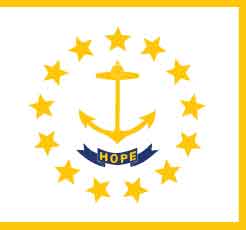 Degrees that are often pursued by bounty hunters include criminal justice, law enforcement, forensics, psychology, law and government, and sociology.

Job Duties of a Bounty Hunter in Rhode Island

Duties of bounty hunters in Rhode Island include ensuring that all those under bond are presented to the court on their scheduled date. While arrest authority is not expressly granted to bondsmen, it is implied under the Rhode Island code; however, to ensure that you are entirely above board, bounty hunters in this state should always closely work in conjunction with local law enforcement.

Careers that are similar to the professional bondsman include court process servers and private detectives.

Employment numbers for bounty hunters, though not tracked by the BLS, are based on those for private detectives. These indicate that as of 2015, there were 70 working investigators throughout the state.

Salary numbers, also based on PIs, indicate an average annual salary in the state of $46,180.