Everything really is bigger in Texas. The state is the second biggest in the U.S. by both size and population. Some of the ranches in Texas are bigger than entire states: King Ranch is bigger than Rhode Island by 49,100 acres! Cities in Texas also have their own distinct personality. Austin is known as “the live music capital of the world,” and Round Rock to the north of Austin is called “the silicon valley of the south.”

Like everything else, Texas also does crime big. There were 901,937 crimes in the state in 2014, according to Texas Department of Public Safety data, including 1,187 murders. When these criminals skip bail and ignore their trial date, it takes experienced bounty hunters to bring them in.

Texas does not ban the practice of bounty hunting in the state, but it also does not recognize the occupational title of “bounty hunter.” Instead, individuals wishing to apprehend bail skippers must be licensed as a private investigator or commissioned security officer. They also must be working under a licensed agency, even if they are its sole employee.

You can get your private investigator or commissioned security officer license and operate as bounty hunter by meeting the following requirements: 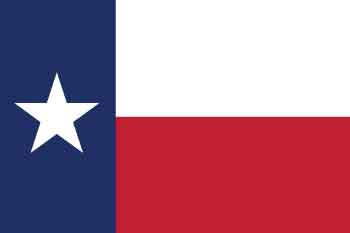 No one may operate as a licensed private investigator or commissioned security officer unless they pass the “manager” requirements as described in Texas Occupations Code Chapter 1702 or they are approved by an agency with a licensed manager on staff.

Note that you do not have to be a manager to qualify for a license as a private investigator or commissioned security officer as long as you have a qualified manager endorsing you to work in their agency.

To be eligible for endorsement by a licensed manager, the applicant must NOT have:

Texas’ “manager” designation provides a clear path for those wishing to further their career in the bounty hunting and criminal justice industry. Obtaining a bachelor’s degree in criminal justice is the most sure way to improve your qualifications as a private investigator or commissioned security officer, allowing you to some day become a manager and potentially run an agency of your own.

You can also complete a bachelor’s or associate’s program in a related field, such as psychology, sociology, or forensics, and then register for qualifying classes and training programs that can allow you to demonstrate the minimum education requirements for a manager.

Texas has some very large major cities befitting the “everything’s bigger in Texas” spirit. Houston is Texas’ largest city with 2.3 million people, and San Antonio is the second-biggest with 1.4 million. Dallas also has more than a million residents, 1.3 million total. The next-biggest city, Austin, is the second-most populous state capital in the U.S. with 931,830 residents.

Job Duties of a Bounty Hunter in Texas

Once licensed as a private investigator or commissioned security officer, your supervising manager can obtain contracts from bail bond companies for you to apprehend individuals wanted for skipping bail. You can use reasonable force to apprehend them but are not authorized to carry a firearm unless you are licensed as a commissioned security guard. Deadly force is not permissible except as self-defense. You cannot enter anyone’s property to search for your target, including addresses known to be the target’s residence. Licensees may also not wear uniforms or engage in behavior intended to deceive citizens into thinking they are peace officers.

Texas’ licensing system benefits bounty hunters because they already gain licensure to operate in other careers. You can work as a normal private investigator, or you can operate as a commissioned security officer, meaning that you can carry a sidearm. Career opportunities include getting your manager license, becoming a personal protection officer (bodyguard), installing alarm systems, training guard dogs, and more.

You can also become a law enforcement officer or a corrections officer for similar career fields and duties.

There are 3,320 licensed private investigators in Texas and 88,450 security guards, either of which can potentially operate as bounty hunters depending on the focus of their employing agency.

Private investigators in Texas have a median annual income of $49,460, while security guards, in general, have a median salary of $27,680, although this number includes less-skilled, non-commissioned security officers.