Vermont is a rich and interesting state that is beloved by its residents and visitors alike. While Vermont was the very first state admitted into the country, it has the second smallest population. However, despite its size, criminals still try and escape from justice, which is why many people in Vermont consider a career as a bounty hunter.

While Vermont doesn’t have a licensing procedure for bounty hunters, there are still some requirements for working the profession in this state.

Becoming a Bounty Hunter in Vermont 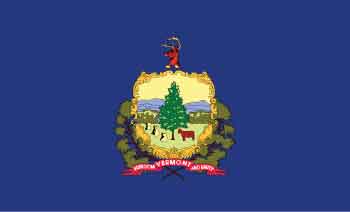 Applying for Your License

Because there is no license for bounty hunting in Vermont, there are not steps to acquiring a license. When you feel you have gained enough experience, whether through skip tracing or working with a mentor, you can seek a job with a bond agency and begin bounty hunting.

If you are looking to improve your bounty hunting skills, it’s a good idea to pursue a related degree. Degrees related to bounty hunting can include criminal justice, forensics, investigation, and sociology. By enrolling in one of these programs, you will be able to improve your success rate and the possibilities for your career.

Job Duties of a Bounty Hunter in Vermont

The profession of bounty hunting is centered around tracking and apprehending criminals who have skipped out on a bond. Once arrested, bounty hunters will return these fugitives to the designated law enforcement agency.

Due to its small size, many Vermont bounty hunters choose to work in other similar careers, which can include private investigation, process serving, and working as a law enforcement officer.

Montpelier is the smallest state capitol in the entire county. Burlington is the state’s largest city. However, it only has 42,000 residents. Other Vermont cities include Rutland, Colchester, and Essex Junction.

The 2015 average salary for Vermont private investigators was $77,570.