West Virginia is a very small state. Less than two million people live in West Virginia. Thanks to its mountainous terrain, many criminals in West Virginia released on bail believe that they can skip their bond and escape justice. Fortunately, West Virginia is one of the many states that allows bounty hunters, which are known in this state as bail bond enforcers.

Although West Virginia has not outlined licensing procedures for bounty hunters, there are still qualifications you must abide by to work as a bond enforcer. 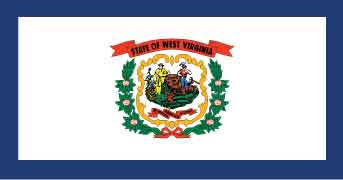 If you’re interested in improving your skills as a bond enforcer, it can be a good idea to enroll in a two or four-year program. Several degree programs are related to bounty hunting. These programs include criminology, sociology, and forensics. A criminal justice degree is also a good choice.

To increase potential earnings, many West Virginia bond enforcers engage in similar careers, which can include working as a private detective or a process server. Both of these positions require the same investigative skills as a bounty hunter.

The majority of West Virginia bounty hunters will work in Charleston, which is the state’s largest city. However, bond enforcers may also seek employment in other cities like Morgantown, Huntington, and Parkersburg.

No data is provided by the Bureau of Labor Statistics about the profession of bounty hunting. However, they do offer data for private detectives, which is closely related. In West Virginia, there are 40 working private investigators, and job opportunities are expected to increase by 10.5% leading up to 2022.