A bail bondsman is a person, corporation, or agency that functions as surety and pledges property or money as bail for the court appearance of people. Though institutions such as insurance companies and banks are often the sureties on different types of projects, such organizations usually avoid putting their depositor or policyholder funds at known risks involved in posting bail bonds. 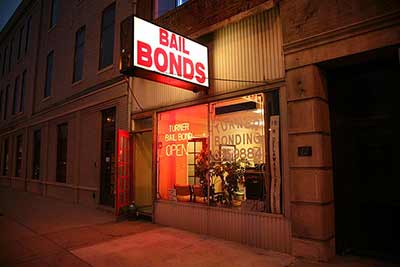 Bail bond agents are often happy to focus on catering to criminal defendants and are able to get them out of jail fairly quickly.

The following information is helpful in the process:

Federal bonds are bail bonds that go to defendants for which federal crimes have been charged. In addition to Federal bail bonds guaranteeing that a defendant will make his or her court appearance, there is a guarantee that the defendant will also comply with the standard pre-trial conditions. Conditions can involve limited business activities, periodic drug testing, and restrictions on travel. The entire amount of bail can be forfeited if the defendant falters in meeting all conditions.

Not very many bail bondsmen are willing to issue federal bonds due to the existence of additional risk of a defendant failing terms of the release at pre-trial. Most defendants will need to demonstrate ample collateral for securing the loan. The fees for a federal loan are usually much higher compared to the surety bail bond.

Get Your Degree!
Find schools and get information on the program that's right for you.
(It's fast and free!)