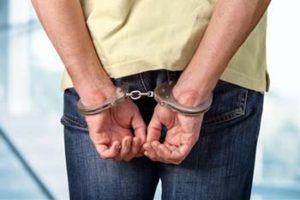 What is a Bounty Hunter?

What is a bounty hunter? Bounty hunters are professionals with excellent training who are sent through a bail bondsman for the purpose of properly seeking out and capturing a fugitive for monetary gain. A bail percentage is usually utilized for the bounty hunter’s remuneration, or reward, which is called the “bounty.”

Bounty hunters throughout the U.S. are usually registered and/or licensed. Bounty hunters are integral to the business of bail bonds and contribute much to our criminal justice system. Bounty hunter work is assessed closely through insurance departments for states and additional licensing agencies. While most states clearly outline (even if they don’t license bounty hunters) the proper regulation of the practice of these professionals in the state, only four states (Oregon, Illinois, Kentucky, and Wisconsin) forbid bounty hunting,

Presently, Bounty hunters are usually immensely skilled and well-trained professionals directed by bail bondsmen to effectively return fugitives who have failed to comply with bail stipulations. In order to ascertain the fugitive’s location, Bounty hunters will focus on professional investigation, research, and interviewing.

Traits that make a good bounty hunter include the following:

Many who enter the field of bounty hunting have backgrounds in the field of criminal justice and/or law enforcement and have training in skills such as firearms, weapons, martial arts, and self-defense.

It is not uncommon for bounty hunters to be private investigators or former police officers. Training and education for bounty hunters will usually vary from state-to-state with regards to requirements for licensure or registration. Although not a requirement for state licensing, many bounty hunters have acquired degrees in relevant subjects such as criminal justice; this background bodes well from a criminology and policing perspective.

Back in 1873, Taylor v. Taintor was the pivotal U.S. Supreme Court case setting the stage for bounty hunters to exercise authority of working bail bondsmen “agents.” This precedent gave way to bounty hunters having multiple rights, such as the following:

Get Your Degree!
Find schools and get information on the program that's right for you.
(It's fast and free!)